Members of this Committee are made up of one bishop, one lay person, and one priest or deacon from each of the nine Provinces of the Church, plus two youth representatives chosen by the President of the House of Deputies.  During each General Convention, each Province holds caucuses of its Bishops and Deputies, voting separately.  The Bishops nominate from among their members and choose two nominees for the Committee, and the Deputies nominate from among their members and choose two lay and two clerical nominees for the Committee.  Thereafter, the House of Bishops as a whole elects one bishop from each Province to the Committee, and the House of Deputies as a whole elects one lay and one clerical member from each Province.
The following have offered themselves as candidates for this committee: 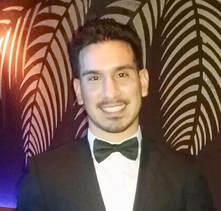 ​Brian Romero, LMSW, CASAC-T
Brian Romero is a member of Church of the Redeemer, Astoria in the Diocese of Long Island. At the parish level, Brian has served as a member and Clerk of the Vestry.

Diocesan-wide, Brian has served as delegate to Diocesan Convention many times. Brian was elected as a Member-at-Large to the Board of Directors of Episcopal Community Services of Long Island (2009-2012). In 2016, Diocesan Bishop, The Right Reverend Lawrence Provenzano appointed Brian to the Commission on Racial Justice & Reconciliation. In 2017, Brian authored a resolution submitted to Diocesan Convention, calling for Long Island to be a Sanctuary Diocese, which passed.

Church-wide, Brian was a youth delegate to the 2011 UN Commission on the Status of Women Conference. Brian was a consulting reviewer for the Blessings Project of the Standing Commission on Liturgy & Music. Brian was elected as a Deputy to the 2018 General Convention and has been appointed Assistant Secretary for the HOD Committee on Social Justice & U.S Policy. 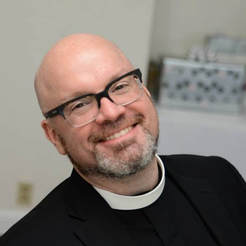 The Rev. Daniel Scott Russell
Fr. Scott has served as the Episcopal Chaplain at Rutgers University since 2016.

​A native of Baltimore, Scott moved to Central Kentucky with his family. The son of a UMC pastor, he discovered the Episcopal Church while in college. He taught high school students English, Latin, and German for seven years. He then attended Trinity Episcopal School, earning an M. Div. with honors (Church History). He was ordained a priest in 2002.

Scott served for 10 years as the Episcopal Chaplain at Virginia Tech in Blacksburg and Associate Rector at Christ Church. He then served for three years as Rector at St. Brendan’s in Sewickley, PA.

Scott has served various diocesan executive boards, commissions on ministry, nominating committees, and is serving as a deputy to General Convention in 2018. He has chaired committees on higher education and young adult ministries. He is passionate about social justice, racial reconciliation, and LGBTQIA+ advocacy, education, and inclusion.