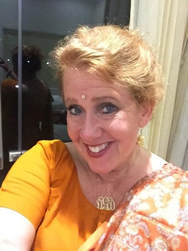 Nominee for President
The Rev. Dahn Dean Gandell
Rochester
The Rev. Dahn Dean Gandell was born in New Orleans, LA and raised all along the Gulf Coast.  She completed her undergraduate education at Vanderbilt University, received a Masters of Science in Religion with a concentration in Marriage and Family Therapy from the University of Mobile, and a Masters in Divinity from Yale Divinity School.  Originally ordained in the Southern Baptist Church in 1991, she found her way to the Episcopal Church in 1994 and was ordained to the priesthood on October 31, 1998.  She is canonically resident in the Diocese of Rochester.  She has served on diocesan council and is currently a member of the Commission on Ministry.  She was appointed as the Clergy Representative to the Provincial Council in 2006 and elected to Executive Council as the Province 2 Clergy Representative in 2012.  Dahn was installed as Rector of Church of the Ascension, Rochester, on May 14, 2015 and is thoroughly enjoying this new call after serving as Rector of St. John’s Episcopal Church, Honeoye Falls, for thirteen years.

Mother Dahn is an Ambassador for The Carpenter’s Kids, a partnership with the diocese of New York and the Diocese of Central Tanganyika, and recently made her eighth pilgrimage to Tanzania where she saw the successful completion of a well project in the village of Kongogo for which she had raised $48,000.   She also supports mission work with victims of human trafficking in India and clean water initiatives in Ecuador.
​
Mother Dahn has been married for 20 years to Dr. David Gandell, an Ob-Gyn, and is step mother to Rachel (31) Ryan (29) and mother to Lily (18) Hannah (16) and Madie (16.)  A 500-hour certified Baptiste Yoga instructor, her passions also include cooking, reading, scuba diving, travel, and spending time with family and friends.  And she has performed stand-up comedy.  :) 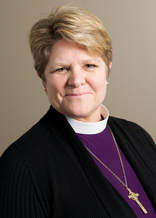 Nominee for Vice President
The Rt. Rev. Dr. DeDe Duncan-Probe
Central New York
​The Rt. Rev. Dr. DeDe Duncan-Probe was consecrated on 3 December 2016 as Central New York’s eleventh bishop; the first female diocesan bishop of the Diocese and of Province II of The Episcopal Church. Previously, she was the Rector of St. Peter’s in the Woods Episcopal Church in Fairfax Station, Virginia. She held a number of leadership positions in the Diocese of Virginia, and at the time of her election as bishop she was serving as Dean of Region VII, as Regional Priest of Northern Virginia for the Commission on Congregational Missions and as a Board Member of the Diocesan Missionary Society. She had also served as the Region VII Representative for the Diocesan Executive Board, as a founding member of the Diocesan Dayspring Committee and as the Chairperson of the Vision Committee for Congregations.  In prior years Bishop Duncan-Probe had also served as an educator and co-founded an engineering consulting firm with her husband which continues to thrive. She holds a doctorate from The Graduate Theological Union/Oxford University and two master’s degrees, from Pepperdine University and The General Theological Seminary. She and her husband, Chris Probe, have three children.

Nominee for Treasurer
Canon Phyllis Jones
New Jersey
An almost-lifelong resident of Hopewell Township, just north of Trenton, NJ, I graduated 7th in my class at Hopewell Valley Central High School in Pennington, NJ.  I received my Bachelor of Science degree in Commerce (major in accounting) from Rider University in Lawrenceville, NJ, summa cum laude.  I pursued a career in public accounting, obtaining my CPA license and working with a local firm in Whitehouse Station serving small-to-medium sized businesses.  After 10 years there, I became the Director of Accounting and eventually CFO for Jet Set Sports and its sister company, CoSport, Olympic sponsors and providers of VIP hospitality packages for the Olympic Games.

In 2010, after 10 years with Jet Set/CoSport, I applied for and was blessed to be offered the position of CFO for the Episcopal Diocese of New Jersey, where I have worked ever since and was named COO about a year ago in recognition of the expansion of the scope of my duties.  In that capacity I am responsible to our Diocesan Council and our various Trustee groups for financial oversight, management, compliance and reporting, property matters and benefits administration.  I also act as staff liaison to numerous diocesan ministry oversight committees and commissions.  Primarily, however, I provide financial, administrative and missional support to our congregations together with our Bishop and other members of Diocesan Staff, and assist our Bishop with troubleshooting conflicts and resolving challenges.

Working back in the Trenton area gave me the opportunity to increase my involvement with my church, St. Matthew’s in Pennington, where I serve as a youth leader, Eucharistic minister and Eucharistic visitor, lay reader, Prayer Partner and member of the Parish Life Guild.

Having volunteered in numerous capacities over the years, I have now settled into two volunteer ministries which are especially close to my heart:   UrbanPromise and the Battle Against Hunger.  UrbanPromise has grown into a worldwide organization focused on developing and empowering our next generation of youth leaders in critically underserved areas.  Being a founder of its ministry here in Trenton and a part of its board and its growth for six years has been especially meaningful for me.  In addition, I have served on the boards of its parent organization, UrbanPromise International, and its sister organization, UrbanPromise Ministries.  The Battle Against Hunger is a New-Jersey-focused organization that sponsors an annual, 200-mile bicycle ride from Gettysburg to Trenton each September to raise funds for agencies concerned with alleviating hunger.  Over the 15 years since its inception, its riders have raised over $1,000,000 to benefit, among others, several agencies doing amazing work in the Mercer County area; the Trenton Rescue Mission, Trenton Area Soup Kitchen and Crisis Ministries.

For my professional and volunteer work, I was awarded Mercer County’s Women of Achievement Award in 2015.  I was also awarded Hopewell Valley Central High School’s Distinguished Alumni Award in 2016.
​
In all of this, I am constantly and profoundly grateful for the love and support of my husband of almost 35 years, Mick, and my two now-grown children, Robyn Horner and Gavin Jones.  Robyn and her husband of 3 years, Paul, further blessed us with our first grandchild, Benjamin, who is now almost 16 months old.  Gavin is about to embark upon graduate school for athletic counseling.  As we’ve grown and shared life together, their presence and my deep faith have been the foundation upon which my life has been, is and will always be built.

Nominee for Clerical Representative to Executive Council
The Rev. Lillian Davis-Wilson
Western New York
The Reverend Lillian Davis-Wilson was ordained in the Diocese of WNY, to the diaconate on August 29, 2015. She is assigned to St. Philip's Episcopal Church in Buffalo, New York. Her ministry is in bereavement and loss. She started a bereavement and loss support group at St. Philip's and works with the Good Grief Support Group at Calvary Episcopal Church, Williamsville, NY.
Davis-Wilson leads the Episcopal service at the Terrace View Long Term Care Facility and coordinates the Petals and Prayers ministry of the diocese between St. Philip's and Terrace View.

Her leadership has developed and grown working with the past three bishops of western New York.
​
Prior to her ordination, Davis-Wilson has played an active role on all levels of the church: The Episcopal Church, USA - elected deputy to general convention for 5 trienniums , vice chair on the Standing Commission on National Concerns, member of the National and International Concerns and the Social and Urban Affairs legislative committees, Certified Presenter for Women of Vision, Delegate ECW Triennial for 3 trienniums, chaired, Data Gatherers for the ECW and General Convention joint session. Province II - Synod Planning and Design Committee for 3 Trienniums, Synod Council (ECW Representative), ECW Province President. Diocesan - Diocesan Council, member of the 11th Bishop of WNY Search Committee, Elected Lay Director of WNY Cursillo, Bishop's Gala Committee, Congregational Vitality Committee, ECW Diocesan Board President, Planning and Vision Visitation Team, Belonging to God Committee. Parish - Chaired and developed the service for the 10th anniversary joint ministry program, Licensed Lay Eucharistic Minister/Visitor, Diocesan Convention Delegate, ECW Parish President, Chair of the Search Committee for Rector, Vestry Warden. she is a member of the Union of Black Episcopalians and the Bishop James Theodore Holley Chapter.

Davis-Wilson is a Cradle Episcopalian and a native of NYC, presently she is studying Spiritual Direction at the St. Joseph Center of Spirituality, she completed the program of Theological Education for Ministry by the School of Theology, from the University of the South. She also studied at Colgate Rochester Crozer Divinity School. She earned her Master's Degree in Public Administration with a concentration in Hospital Administration and Planning from NYU. Her Bachelor's Degree is in Sociology with a minor in Psychology and Secondary Education from The City College of New York.

Over the course of her career, she has received numerous awards for her excellent work in the health care arena, and has published a variety of articles, the last "A New Garden", a poem in Go Tell Michelle, SUNY, Press (2009). 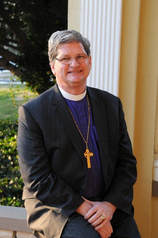 Nominee for Episcopal Representative to Provincial Council
The Rt. Rev. William H. (“Chip”) Stokes
New Jersey
The Right Reverend William H. (Chip) Stokes has served as the 12th Bishop of New Jersey since November 2013.  From 1999 until his election, he served as Rector of St. Paul’s Episcopal Church, Delray Beach, Florida.  From 1994 – 1998, he was Associate for Christian Education at the Episcopal Church of Bethesda-by-the-Sea in Palm Beach, Florida.  From 1990-1994, he served as School Chaplain/Curate of Grace Church and Day School in Massapequa, Long Island.  He earned his B.A. at Manhattan College (1987) and his M.Div. from The General Theological Seminary (1990).  He was awarded a Doctor of Divinity degree (honor causa) from GTS in 2014 and serves on the GTS Board.  Bishop Stokes is married to Susan.  They have four grown children, two grandchildren and one on the way. He is passionate about Christ’s mission in the world, lifelong Christian formation and racial and social justice.

Nominee for Clerical Representative to Provincial Council
​The Very Rev. Joell Szachara
Central New York
The Very Rev. Joell Szachara is Rector at St. Stephen’s Church in New Hartford, NY in the Diocese of Central New York.  She has served this parish for over 10 years.  She is a Deputy to General Convention 2018 and has been a Deputy for the last 2 General Conventions.  She is serving on the Special Legislative Committee Privilege & Courtesy for this year’s General Convention and served as Secretary on the Committee for the Confirmation of the Presiding Bishop at the last General Convention.  In the Diocese of CNY, Joell has served on The Standing Committee, The Board of the Diocese, Liturgy & Worship Committee, Formation for all the Baptized, and participated in Youth Ministry.  She is currently serving as Dean of the Utica/Rome District and is also the Chaplain for St. Margaret’s House in New Hartford, NY.  She lives in New Hartford, NY. 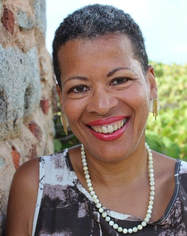 Nominee for Lay Representative to Provincial Council
Yvonne O’Neal
New York
​Yvonne O’Neal grew up in the church. She was first elected to the vestry as a teenager in Puerto Rico. She has been involved with practically every facet of life at the Church of the Holy Trinity since 1976, where she served various vestry terms and is a warden.
​
In the Diocese of New York, Yvonne is a member of Diocesan Council and the Task Forces Against Human Trafficking and Domestic Violence. She chaired the Companion Diocese Committee for nine years and the Global Mission Commission for six.  Yvonne has served on the board of Episcopal Church Women and on the Standing Committee.

Yvonne was a member of the Advisory Council of the Anglican Communion Office at the United Nations. She sat on the board of trustees of The Cathedral School, The American College, and the Society of Financial Service Professionals.
​
Yvonne has extensive experience as a financial consultant and holds various professional designations. She holds M.A. and B.S. degrees. She completed the Women’s Leadership Institute at Hartford Seminary and received the Education for Ministry (EfM) certificate from the School of Theology, The University of the South.